We are delighted to announce the winner and runners up of our young people’s photography competition. The selected photos will be published in our special Young People’s edition of Weather magazine in the Summer. 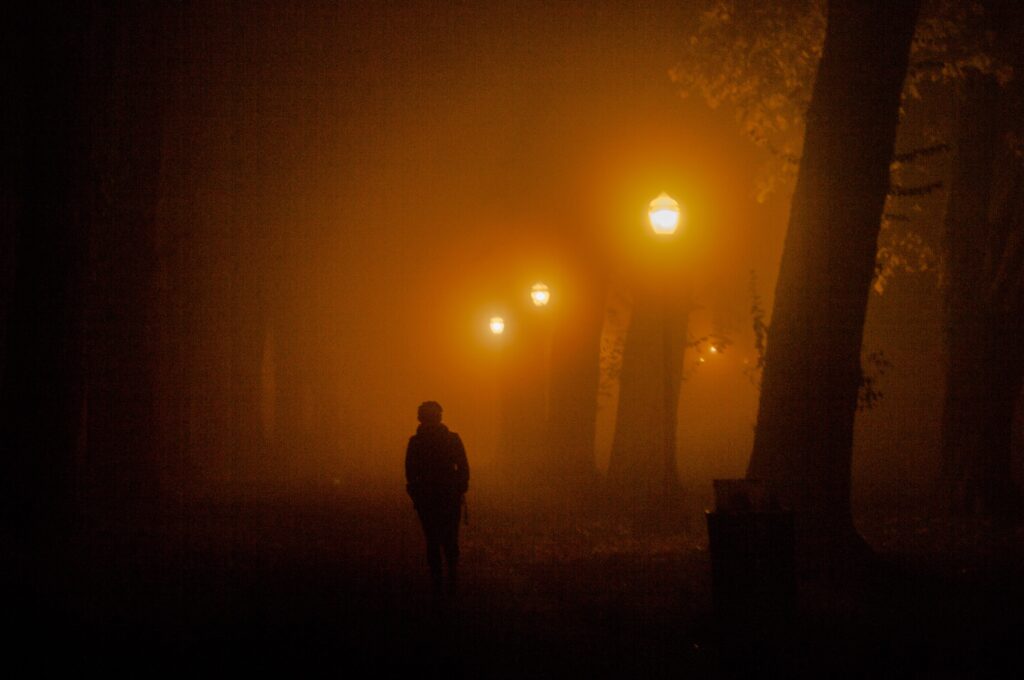 Zach writes: The photo of the fog was taken in Corvallis, Oregon, on the campus of Oregon State University where I am currently a freshman in engineering. The picture was taken November 8th, 2014, with a 1/10 second exposure at f 4.5 and ISO 200, from a Pentax K-20D DSLR. At the time that I had taken the picture, there was a consistent fog bank in the area for several days. Because Corvallis is in the Willamette valley, fog can easily accumulate in the lowlands during cold, humid weather. On this particular occasion, the fog had become so dense that it was very difficult to see more than twenty feet in any direction. The resulting mist carried light from nearby lamps in a translucent and macabre way, which inspired me to take pictures around campus that night.

Runners Up (UK over 15s category) 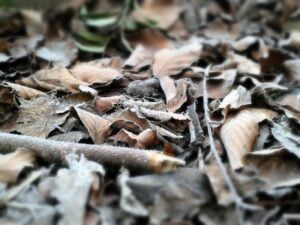 Alice Cheng I have taken the photo when the weather is partially sunny with morning frost at temperature under 5 degrees celsius. I have taken these photos because I feel that some scenes are undervalued, hence smaller details need to be better appreciated, such as the frost that’s over the leaves. Another reason that I feel that smaller details make photos better and it gives a better understanding of the local weather conditions, which can make the photos more meaningful. 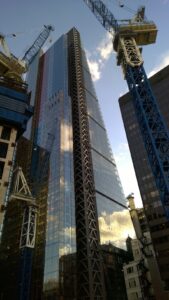 James Cheung The photo was taken approx. 20 meters away from the North West side of the Leadenhall Building, the City of London. The weather was sunny. 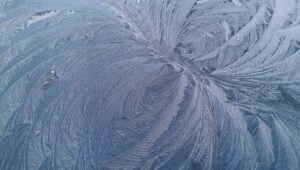 Lucy Cunningham Photo taken 24/1/15. The frost pattern is from the top of our car. We drive to school early each morning and I noticed this amazingly intricate pattern one day. I find it amazing the myriad of patterns which frost is able to make.

Runners Up (overseas over 15s category) 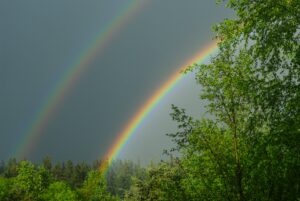 Zach Freedel The rainbow picture was taken in Sammamish, Washington on an East-facing hillside. It was taken May 4th, 2014, with a 1/125 second exposure at f 8 and ISO 100, from a Pentax K-20D DSLR. Springtime in the Seattle area often involves patches of rain followed almost instantaneously by blue skies. I took this picture just after a heavy rainstorm had subsided, and a large amount of sunlight had filled the valley. The entire arch was visible for both rainbows, and lasted less than five minutes in total before dissipating.

Hao-Tsun Kuo This photo was taken from my home on the 14th floor of a residential tower in Zhubei City Hsinchu County, Taiwan. The Coordinates are 24.819063, 121.020446. It was taken at 5:50PM local time on the 25th of July 2014.After a heavy rain the sunset broke through the cloud and formed a beautiful double rainbow at the extreme edge of the visible sky. Conditions were ideal for observing rainbows: sun, rain and observer were perfectly aligned.The tonal range across the scene was so large that it was impossible to expose correctly in just one shot. So I took 6 separate images with different shutter speeds and apertures, then stitched them into one panorama image in Photoshop. 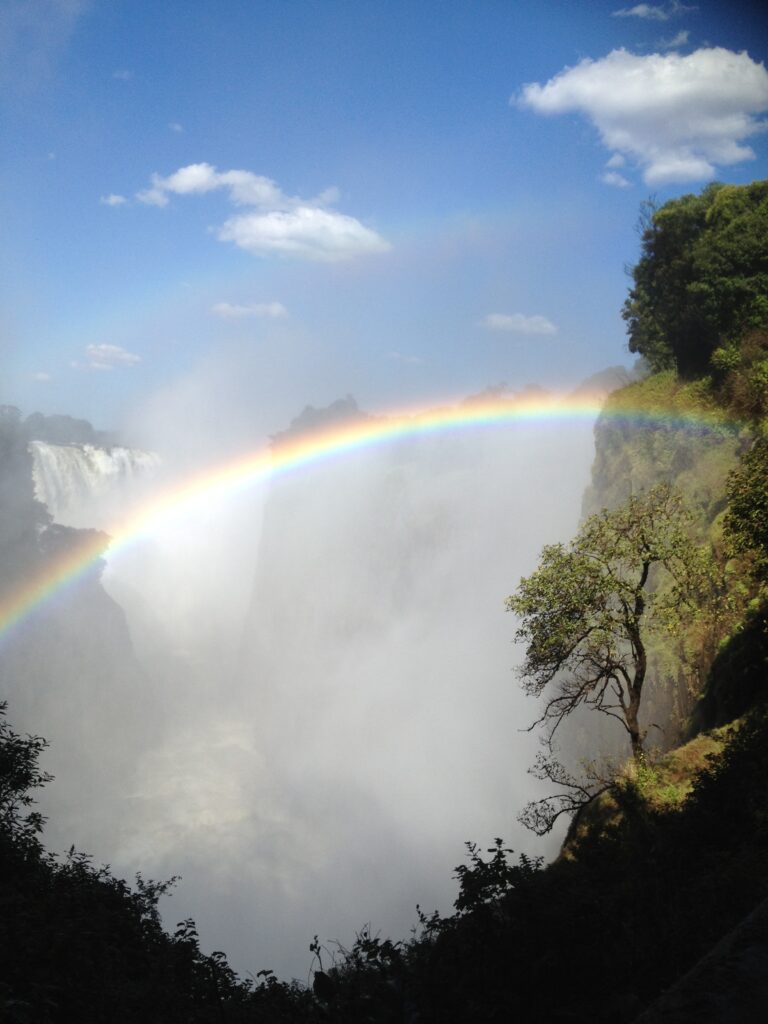 Keegan Madzivire I took these photos during our holiday at the Victoria Falls in Zimbabwe, Africa. Victoria Falls, or Mosi-oa-Tunya (the smoke that thunders), is a waterfall in southern Africa on the Zambezi River at the border of Zambia and Zimbabwe. This name derived from the enormous spray and the “thunderous” noise that come from the iconic waterfall. The whole experience was phenomenal to think that because of the spray from the falls – the Rain Forest at Victoria Falls is the only place on planet Earth that rains 24 hours a day – 7 days a week!

Runners Up (under 15s category) 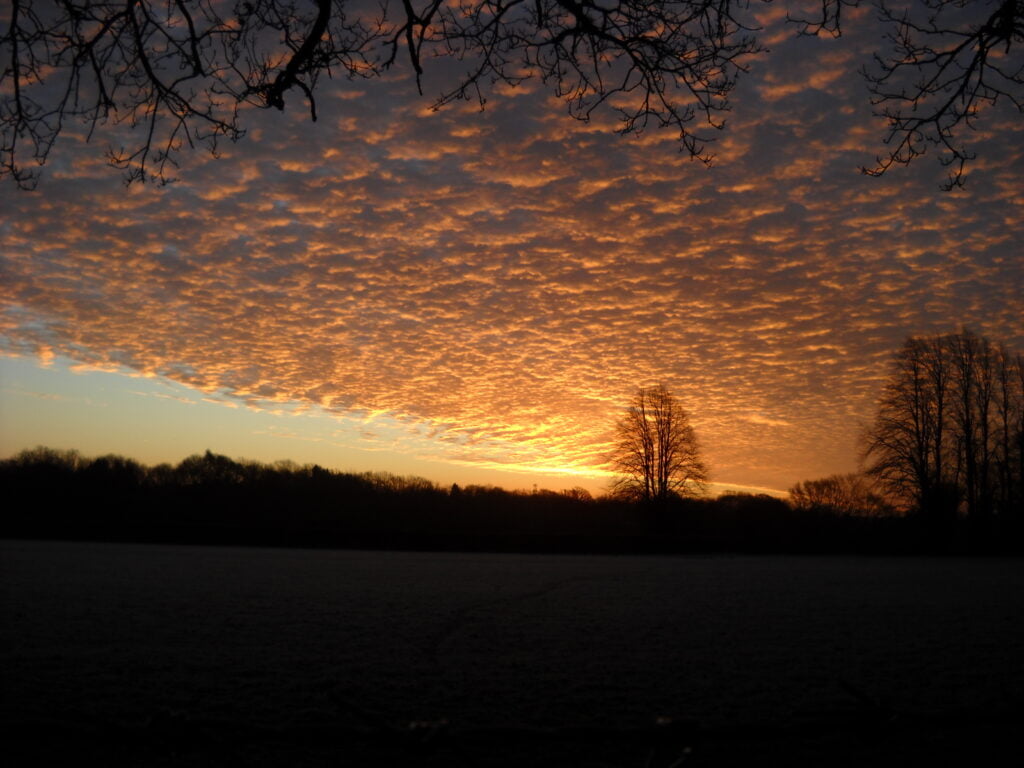 Harry King This photo was taken on 5th January 2014 in Great Kingshill, Buckinghamshire, from a footpath looking across a cattle field, on a frosty morning in winter. This was an ideal opportunity to take a sunrise picture, because of the slower speed at which the sun rises in winter, and the frozen surroundings. I enjoyed watching the interesting, textured cloud formations as they were gradually illuminated as the sun rose over the horizon.

Another under 15 photographer submitted 2 photos which were chosen as runners-up, however they haven’t yet responded to our notification.