Questions to consider: Describe the global distribution of carbon emissions
Explain the reasons for the high proportion of global carbon dioxide emissions for one country shown on the carbon emissions map. 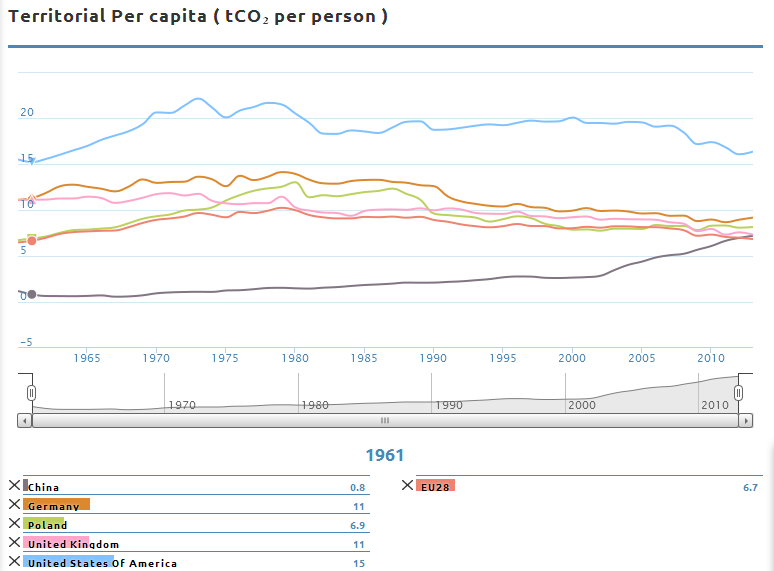 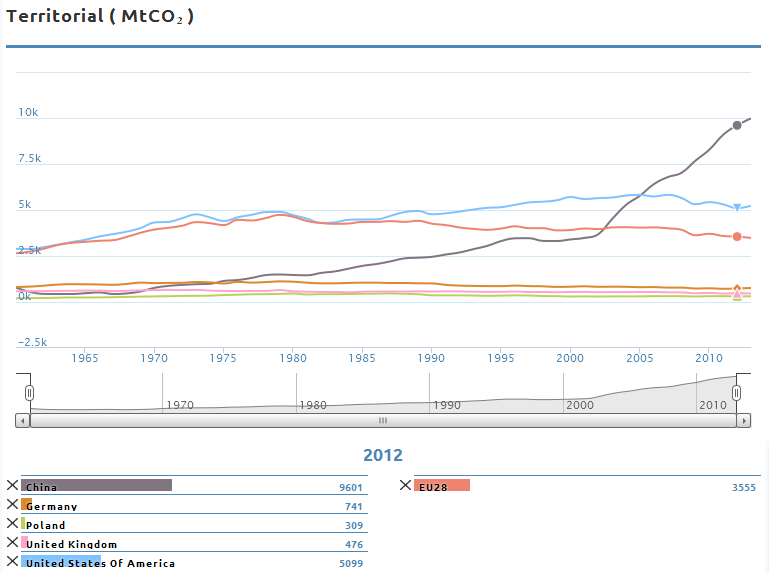 What Happens to Carbon Dioxide After It Is Emitted into the Atmosphere?

Emissions due to land use changes between 2002 and 2011 are dominated by tropical deforestation, and are estimated to range between 0.1 to 1.7 PgC/year. This includes emissions from deforestation of around 3 PgC/ year compensated by an uptake of around 2 PgC/year by forest regrowth (mainly on abandoned agricultural land).
The IPCC concluded that the increase in CO2 emissions from both fossil fuel burning and land use change are the dominant cause of the observed increase in atmospheric CO2 concentration.

Between 1990 and 2014, most major German sources of emissions achieved CO2 reductions. In the energy industry sector, which is responsible for the largest share (around 40%) of Germany’s greenhouse gas emissions, emissions fell by 24% between 1990 and 2014. Even bigger reductions were achieved by households (32.9 %) and industry (33.8 %), helped by the fall of the Berlin wall and the subsequent decline of East German industry and power production and the 2009 economic crisis. The transport sector only reduced its emissions by 0.2 %.
Around half of German electricity is still produced in coal- and gas-fired power plants but Germany is pushing ahead with its transition to renewable energy sources. The production costs of renewable energy have dropped by 70% in the past 5 years, making them a much more competitive energy source. In 2015 the share of renewables in the country’s domestic energy mix increased to 33%,
At the same time, Germany managed to cut down its power consumption in the past year by 3.8%, despite a booming economy (+1.4 %) which generally translates into a higher energy demand, by using LED technology and energy saving measures. CO2 emissions correspondingly fell by 5%. However, 4% of that figure is linked to mild weather conditions requiring less heating.
In 2011, Germany took 8 nuclear power plants off the grid after the Fukushima disaster.
Germany aims to cut greenhouse gas emissions by 40% by 2020 and up to 95% in 2050. It may struggle to meet those targets.
Additional Sources: https://www.cleanenergywire.org/factsheets/germanys-greenhouse-gas-emissions-and-climate-targets , http://www.dw.com/en/renewables-help-cut-german-co2-emissions/a-18176835

(1) a slight increase in the price of coal, and a significant decrease in the price of natural gas;
(2) the weather conditions, with no extremely hot days in the summer and much warmer than usual winter temperatures leading to heating degree days decreasing by 12.6 %. This decrease in heating degree days resulted in a decreased demand for heating fuel in the residential and commercial sector, which had a decrease in natural gas consumption of 11.7 and 8.0 %, respectively.

The use of fracking to extract natural gas is expected to reduce American emissions in the future, by reducing its reliance on coal.

Source: Wikipedia https://en.wikipedia.org/wiki/Economic_history_of_China_(1949–present) Scatter graph of the People’s Republic of China’s GDP between 1952 to 2005, based on publicly available nominal GDP data published by the People’s Republic of China and compiled by Hitotsubashi University (Japan) and confirmed by economic indicator statistics from the World Bank.

China’s emissions started to climb in the 1950s as its economy grew – at an average rate of 10% per year during the period 1990–2004. Over the past 20 years huge numbers of mainly coal fired power stations have been constructed.  In 2003, following legislation to protect private property rights, construction boomed and current rates of housing construction are equivalent to building a city the size of Rome in 2 weeks! China’s total emissions overtook those of the USA in 2006 and its emissions per head of population overtook those of the EU in 2014.
In China, manufacturing and construction account for two thirds of emissions by source (one third of that is steel production, a quarter is cement, chemicals and plastics produce 17%, aluminium and other metals a further 13%) .Unlike most countries, household efficiency is relatively unimportant but sustainable industry is a big priority. It is worth noting that about 20% of Chinese emissions arise from producing clothes, furniture and even solar panels that are shipped to Europe and America.

In the first third of 2015, China dramatically cut its carbon dioxide emissions, with its reduction equalling the UK’s total emissions for the same period. This is largely due to the closure of more than 1,000 coal mines; coal output is down 7.4% year on year. By 2020, China hopes to reduce coal from around 66% of its energy consumption to 62% which should also improve air quality.

China will aim to cut its greenhouse gas emissions per unit of gross domestic product by 60-65% from 2005 levels under a plan submitted to the United Nations for the 2015 COP21 meeting in Paris. China said it would increase the share of non-fossil fuels (wind and solar) as part of its primary energy consumption to about 20% by 2030, and peak emissions by around the same point, though it would “work hard” to do so earlier. Indeed, China is now the world’s largest investor in renewable sources of energy.

Poland is not among the largest emitters of greenhouse gases globally (its share is just 1%), but its economy is among the least carbon-efficient in the EU. Among transition economies, Poland’s performance appears better: its carbon intensity on a per capita basis is situated in about the middle of the countries of Eastern and Central Europe and Central Asia. In 2007, around 1.3 metric tonnes of CO2eq, 1.3tCO2eq, were required to produce €1 million in GDP, while the EU average was less than 0.5 tC02eq.

Poland cut its emissions considerably as a side effect of the transition to a market economy, greenhouse gas emissions collapsed along with output through the 90s (declining 20%), as inefficient, often highly energy-intensive plants shut down during the early years of transition.
The period of 1996 to 2002 witnessed another 17 % decline in emissions despite GDP increasing. Overall, although Poland’s GDP nearly doubled from 1988 to 2008, its GHG emissions were reduced by about 30%. During the last half decade or so, a more traditional positive correlation between GDP growth and GHG emissions has re-established itself.

Transport, which contributes about 10% of overall GHG emissions, has grown by almost three-quarters since transition, with a very high share of used vehicles, which tend to be much more fuel inefficient and polluting. However, Poland still has relatively low rates of motorisation, suggesting that the growth of road transport could be high in the future.
Poland has made considerable advances in energy efficiency in the past 20 years; yet further efforts are required to bring it to Western European standards.

In 2014, the EU pledged a 40% reduction in greenhouse gas emissions by 2030. To help some countries achieve this, concessions including carbon credits and emissions allowances were made. Poland claimed 60% of the concessions available to 2019, which it will be able to sell to other EU countries, on the condition that it spends the proceeds on diversifying its energy mix and modernising its coal fired power stations. 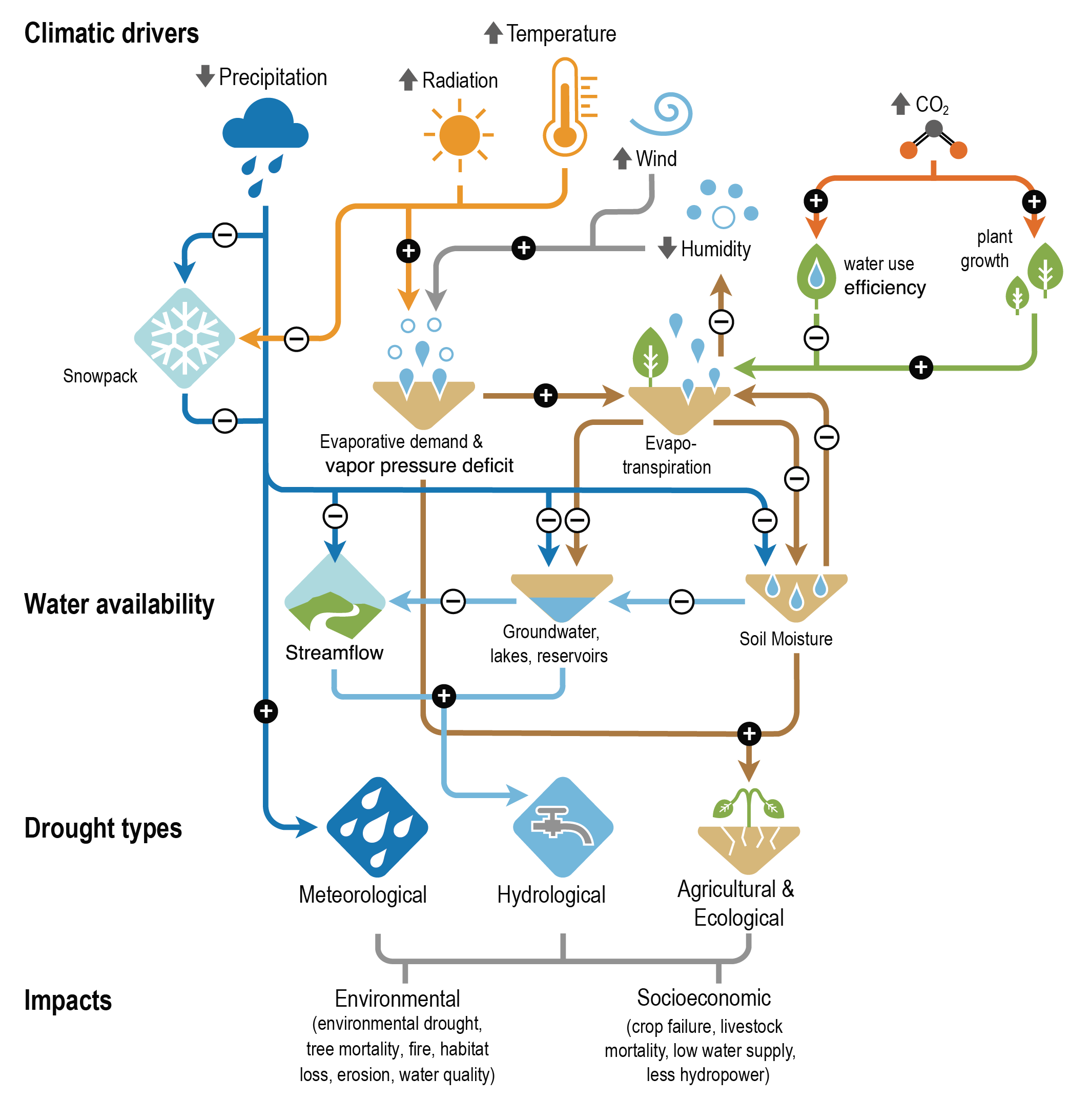 How will urban areas be affected by climate change? 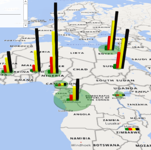 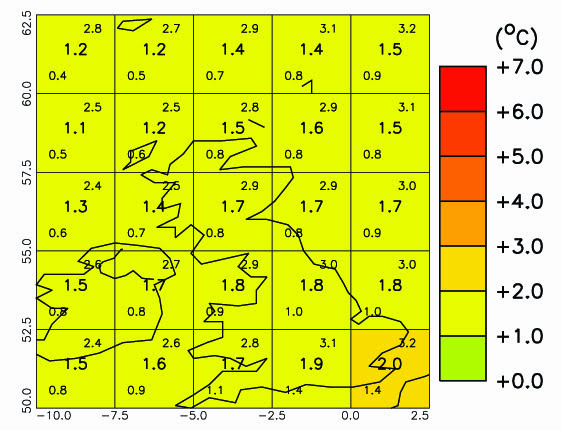 How will the UK’s Temperature Change Seasonally (Autumn)? 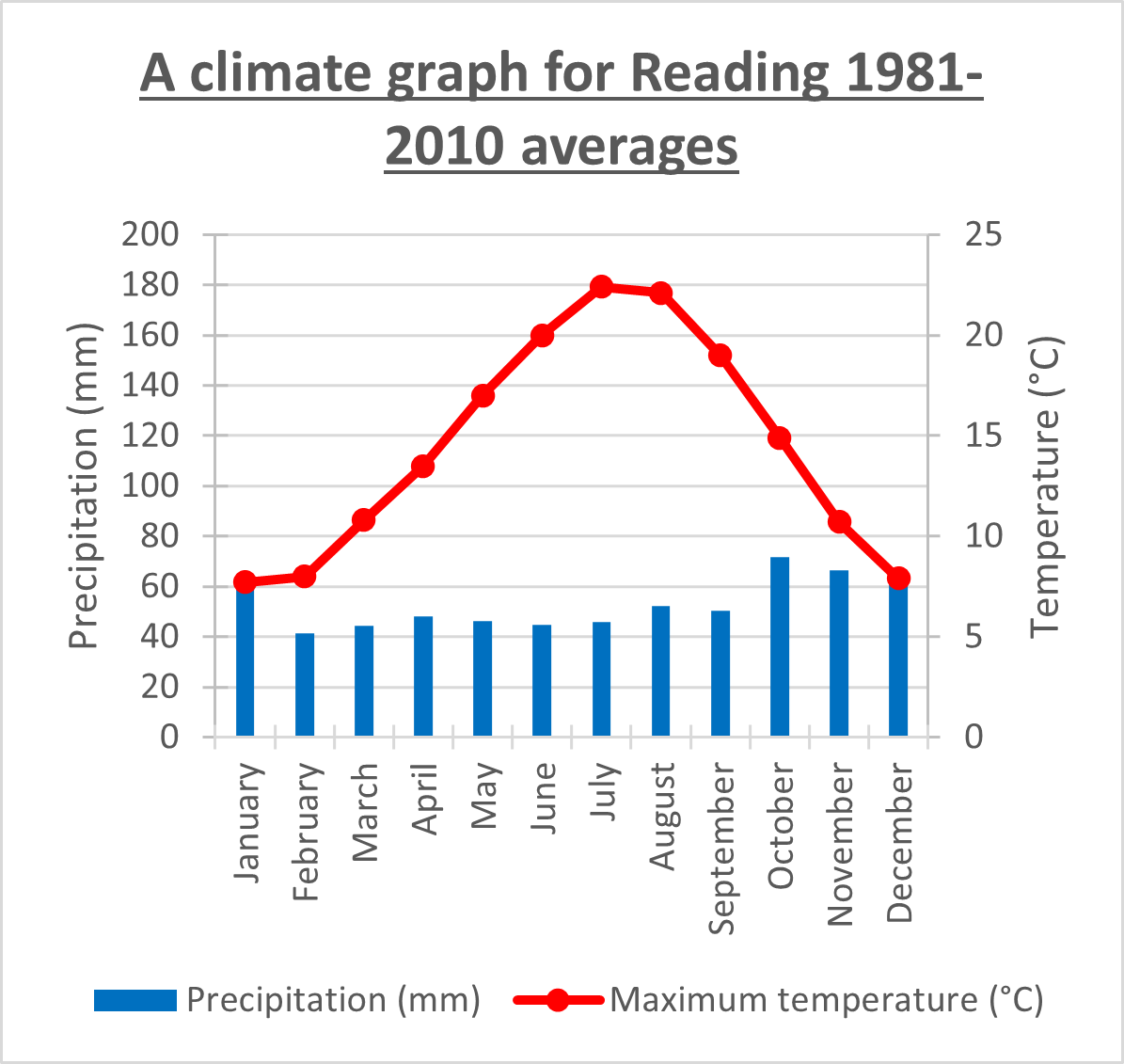 Climate is average weather and its variability over a period of time, ranging from months to millions of years.